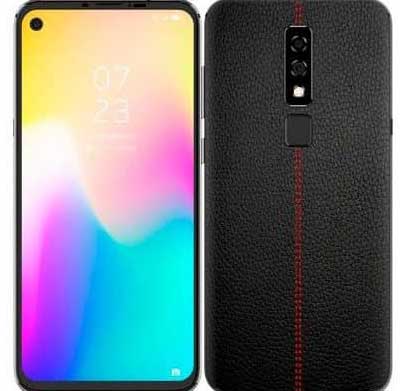 It as is a while I saw Hisense phones in town, Good news to the Hisense company they have just announced the Hisense U30 at the ongoing CES 2019 event in Las Vegas USA. This device will be the first ever smartphone to feature the Samsung ISOCELL Bright GM1 48MP Sensor for its camera and the Snapdragon 675 processor as well. The device will also be its first smartphone to have the O-Infinity display, a display with a punch hole selfie camera just the one on the Samsung Galaxy A8s and Huawei Nova 4.

Hisense U30 Design And Display

Hisense U30 displays a 6.3-inch 1080p Full HD with a punch hole selfie camera at the top left corner of the screen with a very thin bezel. The company is yet to reveal the screen to body screen.

The rear camera maintains a dual back camera of 48MP + 5MP rear camera and a single LED flash underneath it. The front camera comes with an impressive selfie camera of 20MP.

Hisense U30 Hardware and Software

Hisense U30 is powered by the Snapdragon 675 SoC which will be the first ever smartphone device to do so. It has an octa-core processor that clocks a speed of 2.0GHz and it is paired with an Adreno 612 GPU for graphics and gaming. The phone comes in two different types having two different sizes of RAM- one will have 6GB RAM and another will have 8GB RAM and will maintain the same size of inner storage of 128GB of non-expandable storage which means that there is no space to insert a memory card. The device runs on Android 9.0 Pie with it customize Vision UI interface.

It comes with a massive 4,500mAh battery with the support of Quick Charge 4+ which shouldn’t take up to 2hours to have a full battery charge. The device has a 4G LTE, WiFi, WiFi hotspot, Bluetooth and GPS.

The Hisense U30 price is yet to be announced the device will be launched in March 2019 but will first be available in China, Russia and some other part of Europe later to other parts in Africa.

Facebook Twitter
© 2020 PediaTop - All rights reserved
error: Content is protected !!
We use cookies to ensure that we give you the best experience on our website. If you continue to use this site we will assume that you are happy with it Find out more.