The device features a 6.55-inch screen display, and a huge 3GB RAM coupled with a 32GB inbuilt storage and a 4,000mAh battery. The Camon 12 Air also comes with a three-camera setup and single selfie camera position at the front of the device.

In terms of its design, its shares a similar design to the Camon 12 and the Camon 12 Pro. Turning to the back of the phone, there is a triple camera setup which is position vertically at the left side of the device accompanied by a LED flash. While the fingerprint sensor is placed at the usual spot. 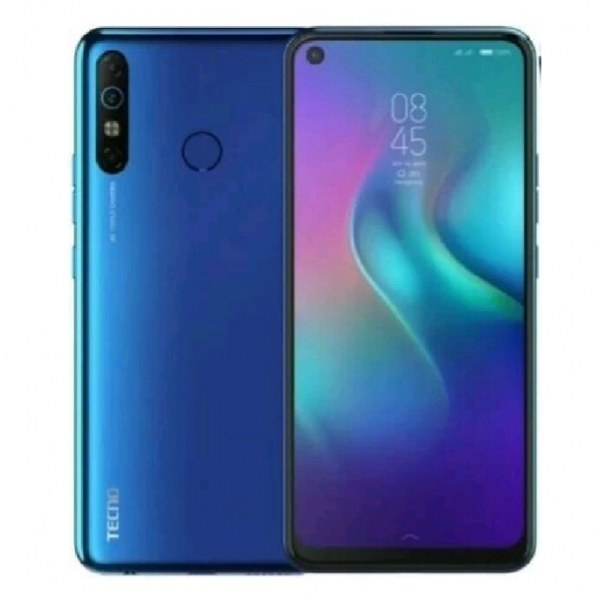 Over to the front, the device is the first of its kind to feature a punch-hole camera, the punch hole camera is position at the top left side of the screen.

The Camon 12 Air has a 6.55-inches LCD which has a resolution of about 720 x 1600 pixels. The device is protected by a 2.5D glass. Finally, the device is covered with glass and can be seen in Ocean Blue and Alpenglow Gold colours.

The Tecno Camon 12 Air uses a MediaTek Helio A22 SoC processor which run at a speed of 2.0GHz quad-core. While the graphics aspect is powered by a PowerVR GE8320 GPU which is coupled up with a 3GB RAM that handles multitasking apps.

There is 32GB internal storage that comes with the device which can also be expanded through the use of a microSD card slot. The device runs on the latest Android 9.0 Pie coupled with its own TECNO’s customize user interface HiOS 5.5.

Just have we have already mentioned, the Tecno Camon 12 Air comes with a Triple camera setup at the back of the device which is consist of 16MP main sensor, 5MP wide-angle sensor and a 2MP depth sensor which accompanied by a quad-LED flash. The back camera can take a video shoot at 1080p and 720p.

As for the front camera, it has a single 8MP selfie camera which is hosted on the punch-hole display coupled with a dual-LED flash for taking images in low light areas.

This device comes with a Non-removable 4000mah battery.

As usual, the connectivity options include a 4G LTE network, Bluetooth, GPS, WiFi, WiFi hotspot, a 3.5mm jack, micro USB port and a fingerprint sensor for unlocking the device.