The Camon iAce 2x is made up of plastic material, the device comes in two main colours which are blue and black. Turning to the back we have the dual camera set up at the top left corner of the device and the fingerprint sensor at its usual position. The device weighs 150g and measures about 8.5mm in thickness. 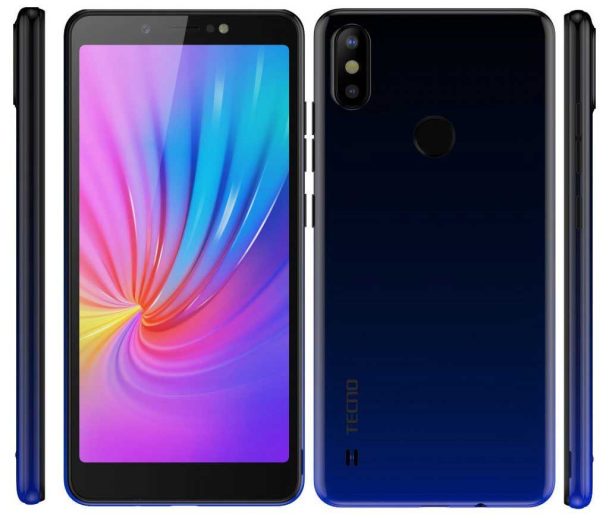 This device displays a 5.5-inch display just like the Camon iAce 2 and with a pixel density of 293 and an 18:9 aspect ratio. Also, the front camera and speaker are positions at the top bezel of the phone.

The Camon iAce 2X maintains a dual camera of 13MP and 0.3MP at the back the dual cameras are both equipped with a LED flash to help take pictures in a low light environment. Other features include HDR and Panorama. As for the front camera, you have an 8MP selfie camera for taking selfie image the front camera can also be used for Face Unlocking.

As for the processor, it runs on MediaTek Helio A22 SoC with a Quad-Core processor that clocks at 2.0GHz coupled with a  PowerVR GE8320 GPU. The device comes with a 3GB RAM for handling heavy apps or games, it has in-built storage of 32GB which can be expanded up to 128GB with the help of a microSD card. As I have earlier said this device runs on Android 8.1 Oreo with its Tecno Customized interface HiOS 4.1.

The Camon iAce 2X is powered by a 3,050mAh non-removable battery. This device does not support a fast-changing technology. It also comes with a dual 4G VoLTE network, other connectivity features include WiFi, WiFi direct, WiFi hotspot, Bluetooth, GPS, 3.5mm jack, Face Unlock and with a micro USB port for charging or sending files.

The device is available for sale at online and offline shops across Nigeria at the price of $109 which is about N40,000 and 555Ghc in Ghana.

How to fix Taskbar not working on window 10