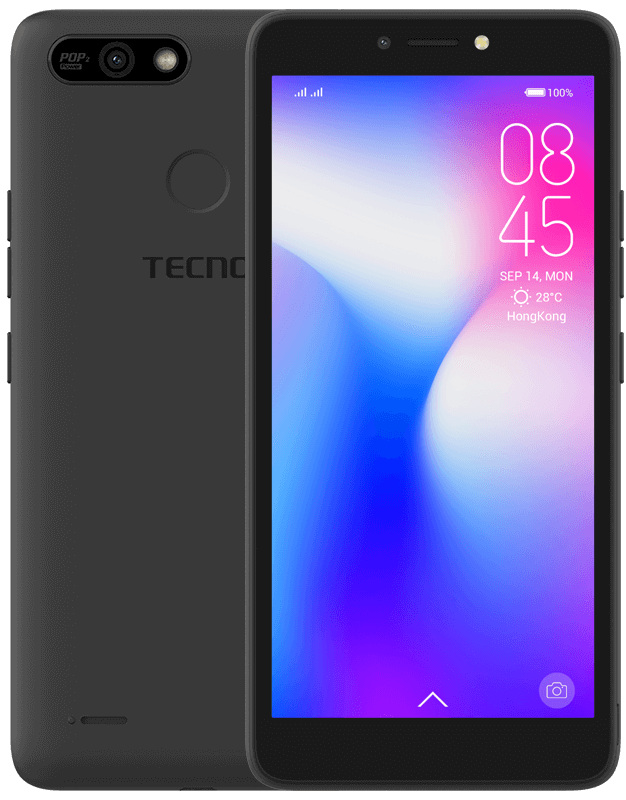 The POP 2 Power features a plastic design just like the Tecno POP 2 and also comes in three main colours which are Champagne Gold, Midnight Black and City Blue. The device sports a 5.5-inch Full view display and with a resolution of 960×480pixels which also has an aspect ratio of 18:9. At the top of the screen is place the front camera and flash LED. The device comes with a which is position at its usual spot.

The POP 2 Power comes with a single 5MP camera with a f/2.2 aperture with a LED flash at the back as well. The front camera has a better camera quality of about 8MP selfie camera and a LED flash for giving a better image quality.

The device supports a MediaTek MT6580 Chipset and Quad-core 1.3GHz Cortex-A53 CPU with Mali-400 GPU for a better gaming experience. Unlike the POP 2, we have an increase in its inbuilt storage of about 16GB which can be expandable via a memory card slot and there is a 1GB RAM for dealing with multitasking app. The device is based on Android 8.1 Oreo Go Edition which also runs on customized interfaceHiOS 3.3.

TECNO POP 2 Power cost about N35,000 in Nigeria which is about $90, the device available on online stores and local stores across Nigeria.

Facebook Twitter
© 2020 PediaTop - All rights reserved
error: Content is protected !!
We use cookies to ensure that we give you the best experience on our website. If you continue to use this site we will assume that you are happy with it Find out more.